The future is bright as construction commences at Atelier, Port Adelaide 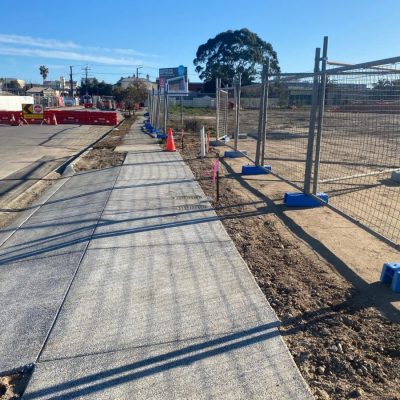 We are excited to announce our first release of 14 Torrens title terrace homes are starting construction, with the first settlements due in September 2020.

First stage Civil construction works along Gracechurch and Clare Street were completed in August 2020 and a brand new exposed aggregate footpath has been constructed, including crossovers on the curbs for each home.

Some exciting features of the proposed reserve upgrade are undergoing planning and design and so far includes formal tree planting along College Street and Liddon Place edge the reserve. An east-west tree avenue runs through the middle of the site for visual interest and to provide shade for users. Centrally located is the shelter area, including picnic setting, BBQ and bin.

For years, Port Adelaide has been talked about as our city’s next boom area. Now, with extra workers moving in and substantial developments taking place, the port is finally set to live up to its potential.

The French defence giant building the $90 billion Future Submarines will open its new headquarters in Port Adelaide within months, as it hires its 250th employee in Australia.

The French defence giant building the $90 billion Future Submarines in Adelaide will open its new headquarters in Port Adelaide within months.

Naval Group’s new $25 million HQ near the Hart’s Mill building in the historic precinct will eventually be home to about 350 employees. It’s tipped to be a shot in the arm for the port’s rejuvenation, as the company ramps up its SA operations ahead of the Attack Class submarine build.

Stay up to date with the latest offers, news and updates at Rivergum Homes.